Engineering, in itself, is a miracle. It furnishes multi dimensional vision out of your fantasy and ideas. So, in other words, we may define engineering as a miraculous tool to process general ideas, which were once claimed to be nearly or totally impossible, frame those ideas into definite shapes and generate exceptional outcomes.

As the modern world is marching ahead in the field of science and technology, the great works of engineering or say miracles of engineering can be best taken as the means of measuring the real position of each and every nation in the same. The advancement of engineering works has made anything possible. Most probably, there are no places on earth left untouched by engineering. Engineering made it possible for human kind to fly like birds in the sky by inventing aircrafts. From the construction of general residents to luxurious sky scrapers, from general bicycles to airplane, jet plane, train, rocket, there is a great role of engineering that plays its part well to stay more closer to our everyday life as well as ease the complexities of our life.
Taking this in mind that there are hundreds and thousands of great innovations playing great contributions in simplifying the life of people, I am writing about those three engineering achievements which are more like miracles from the perspective of construction and contribution to mankind not merely jaw dropping structural outlook. So, here it goes.
1. Panama Canal 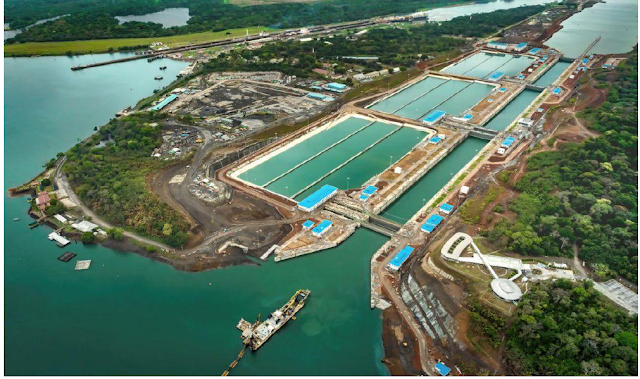 Panama Canal is an artificial 77 km long waterway in Panama connecting the Atlantic Ocean and The Pacific Ocean. Can you imagine how long 77km is?
Well, Panama Canal is believed to be one of the greatest achievements of 20th century. It was built to shorten the trip around South Africa. 40,000 workers from 50 countries had been employed throughout the construction period. It is said that the amount of earth excavated to from 50 miles long tunnel would have buried entire Manhattan Island by 12 feet deep.
The project was begun by France in 1881 but due to engineering and financial problems the project was stopped. Later, US took over the project in 1904 and officially opened on August 14, 1914, the canal consists of three sets of lock which act as water elevator to lift and lower the ship by 27 m. Each set of lock has several chambers in which the ships move through the gravity flow to water from Canals Lake.
Today, around 13000 ships passes through the canal everyday and it is part of 144 trade routes connecting 160 countries and 1700 ports around the world. While it takes around 6 to 8 hours to pass through Panama Canal, it is by far the shortest artificial water route to travel from one continent to next.
2. The Millau Viaduct . 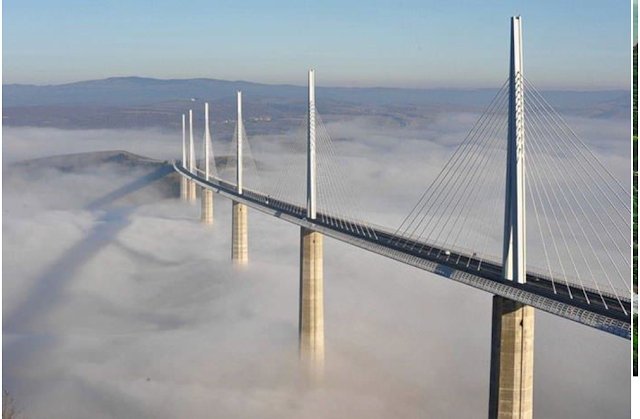 Isn’t it more than a fantasy to glide over the clouds? It sure is. The Millau Viaduct is the tallest bridge in the world with a structural height of 343m.The Bridge was aimed to provide road over the Tarn valley in southern France due to excess traffic congestion in route along the valley. The bridge links two limestone plateaus. It was designed by French structural engineer and British architect Norman Foster. The bridge which was constructed in around 3 years with a cost of €394 million is a cable stayed bridge. In a cable stayed bridge, multiple cables from each pillar are transmitted to support a section of the bridge deck around the pillar.Due to the design of the bridge, constructing it was an enormous challenge. It started with deep foundations to support the massive weight the bridge would put on the pillars. 7 pillars weighing 700 tons each had to be built. The pillars had to be exactly in place for the bridge to be a success and signals from multiple satellites were used to pin point the position. The pillars were completed by November 2003.
3. World’s largest indoor vertical farm 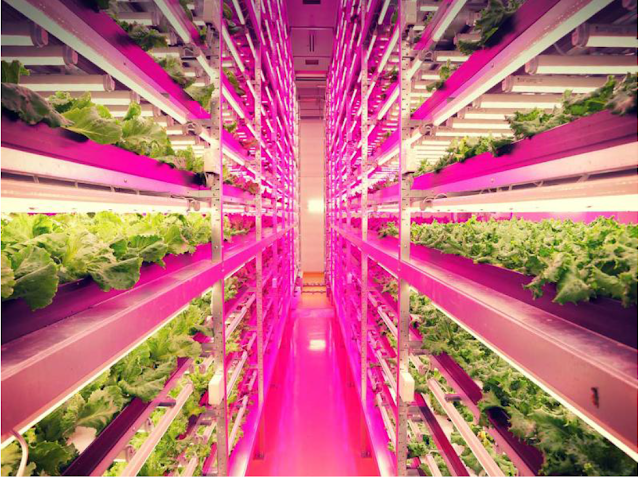 Japanese plant physiologist, Shiegeharu Shimamura converted a former Sony Corporation semiconductor factory in Miyagi Prefecture; eastern Japan into the world’s largest indoor farm. This is the great miracle in agriculture engineering we must say because practices as such can be key to solve food shortages in the world. The high-tech indoor farm, illuminated by 17.500 LEDs and nearly half the size of a football field, opened on the summer of 2014 and it is already producing 10.000 heads of lettuce per day, 100 times more per square foot than traditional methods. With 40% less power, 80% less food waste and 99% less water usage than outdoor fields, the indoor factory farm shortened the cycle of days and nights in its artificial environment, growing vegetable faster, while optimizing temperature, lighting, humidity and space. And the interesting part is, it’s all pink.

HOW TO BE THE QUALIFIED ENGINEER AFTER 4 YEARS OF ACADEMIC COURSE ?

Applied mechanis And Its Solutions

Will Pixel 4a be the Beast of Mid Range Phone