Following are the major types of beams:

1) Cantilever Beam: A beam fixed at one end and free at the other end is known as cantilever beam. 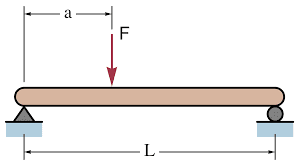 4) Fixed Beams: A beam whose both ends are fixed is known as fixed beams.